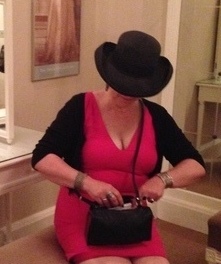 Here’s what I’ve decided to tell you. I’m Canadian, but I spent enough of my childhood with my family in Spain to identify culturally as Spanish. I cook Spanish food, I drink Spanish wine, and yes, I listen to (among other things) Spanish music. If you love the blues, and you haven’t yet discovered flamenco, you should give it a try.
I’ve been married for a very long time to a person who’s been married for the same length of time to me. We currently live in south eastern Ontario.
My strongly held opinions aren’t likely to be changed by rhetorical devices, faulty or circular logic, massaged or partial data, or photos of cats on the internet. I assume that’s also true of people who hold the opposite opinions. That’s okay. We’re not required to agree, so long as we don’t kill or enslave each other.
My cat is offended when you refer to me as her mother.
Unless you are Spanish, your opinion of bullfighting is immaterial to me. You’re absolutely entitled to have one, you just don’t need to share it with me.
I don’t care who wrote Shakespeare. As far as I’m concerned, the play’s the thing. This whole interest in the author as a person stuff was started up by literary critics in the 18th-century (I know, I have a PhD in 18th-century lit), and it’s led to things like my writing this, and your reading it.
One more thing. Remember, no one expects the Spanish Inquisition.